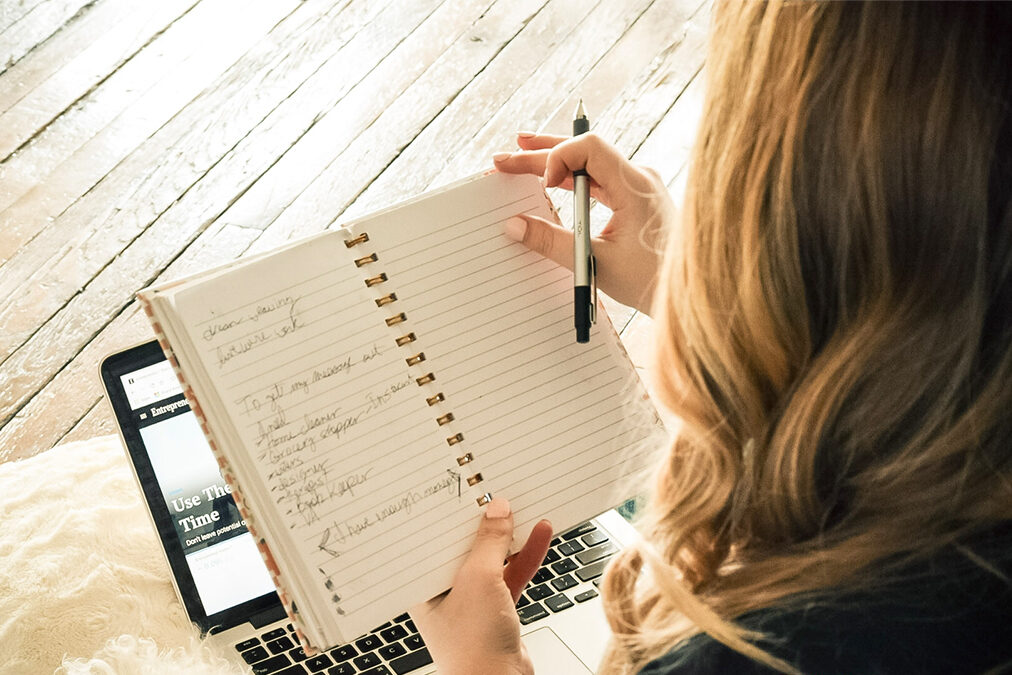 What it’s really like to make the big six.

I’m so sick of this marketing phrase I could cry.

I guess I’m a little sensitive because when I did make six figures, I was miserable.

When did the idea of making 6 figures infiltrate the collective consciousness as “making it”?

Because I was sold this 6 figures is the goal idea and I’m such an easy sell. I love to follow the rules and win the trophy.

It probably started with winning the Spelling Bee in second grade. The rush I felt accepting that swishy blue ribbon was intoxicating.

Once I’d felt the bright sunshine of achievement, I chased it with obsessive abandon.

I got all the A’s. I joined all the clubs. I chaired our Prom and was voted a homecoming princess. I even won a… *cough* pageant. (The cringe is real)

In college no one cares about grades, prom, or awards. It’s more about things like “fun” and “experiences”.

I felt adrift. I didn’t know how to “do” those intangible things like have fun and live my life.

I just wanted to know how I could win that blue ribbon again.

So with life being full of gray areas, anything that seemed like a path to winning soothed me.

So I ran toward my new benchmark, money.

All the while disregarding that making money in corporate America was so not my jam.

I felt like a fraud. I took everything so personally. Every email received, every piece of “feedback” I heard and every mistake I made.

Working a 9 to 5 gnawed at my small stash of self-esteem until I had almost nothing left.

But nonetheless I was pretty good at working. Because I’m good at being good at things.

And I was making more money every year. So, I thought, I must be on the right track. The blue ribbon of “six figures” was in view.

In the back of my mind, though, I knew I needed to bust out of my self-imposed prison. I knew there had to be a better way to spend 40 years of my life.

During this quarter-life crisis I read a lot of Eat Pray Love-esque books. During this seeking, I happened upon this incredible book, The Fire Starter Sessions by Danielle Laporte. When I read this, something shifted.

Be careful what you’re good at — you could end up doing it for years.

It was a harrowing thought. To think that I would work in corporate forever, just because I was good at it.

I realized all my life I believed that if I was good at something, I had to do it. I really never thought I had a choice in the matter.

My earliest experiences involved winning, performing, and exceeding expectations. Like a little rat, my reward center lit up when I “did good”

And with something as insidious as an achievement addiction, you don’t even know there’s a problem. In fact, the world kept cheering me forward.

*A therapist mentioned achievement addiction to me. I guess there are worse addictions.

I paid no attention to whether the things I was doing were fun or joyful.

I’m reminded of a song by Ani DiFranco where she sings, “What kind of gauge can quantify elation. What kind of equation could I possibly employ?”

I didn’t know the rules or the route to get to happiness. I was terrified to pursue happiness without any promise of a prize.

I was plagued with the fear that it wouldn’t feel good unless I got the swishy blue ribbon. That myth has been the fundamental downfall of my life thus far: needing an accolade.

Sure you could think of it as vain, and certainly, there is a glowing ego burning inside of me. But it’s more than that.

But worth, ultimately, and what I found cannot be awarded to anyone. Not even by your mother or your soulmate. Worth is something you decide and define.

So when you see a case study of how someone turned a pile of rocks into six figures. Ask yourself, so what?

But I don’t want to miss the real stuff. The relaxed, five dollar wine-nights watching HBO with my husband. The scrunchy snowy walks outside when the first snow falls in Minnesota.

When I was stuck in six-figure shackles, those moments were sidelined. They were devalued.

Don’t be distracted by perfection. Or I’m the best-ism. Those things are self-doubt with a sexy disguise.

Ultimately we all doubt that being ourselves is prizeworthy. But when you let down your guard and do it, it’s like coming up for air.